Kyrgyzstan is known to be the country surrounded by mountains, this is one of reasons of guests coming here to travel. Today we would like to tell about the other famous peak, of almost 7000 m, Khan Tengri. The peak is actually 6995m but with an icy top it is estimated being 7010m above sea level.

Mainly visitants can find out of the peak during the tour in Issyk Kul region of Kyrgyzstan, as it is located there in the mountains of Issyk Kul. So it can be so amazing to see the beauty of this region along with investigating the mountain with so famous top.

Mainly the name is not just Khan Tengri, as local citizens name it "Prince of Spirits" or "Ruler of the Sky". At the same time in different periods of time the peak had different names. It was also named peak Pobeda, due to mistake of one of researchers. These peaks look alike; they are almost the same so such a mistake in names. Basically the top was named Kan Tau (Blood Mountain). Legends say there were a lot of people trying to reach the top but failed, and they died there, that is why blood mountain, or the other legend says sunsets there are red. 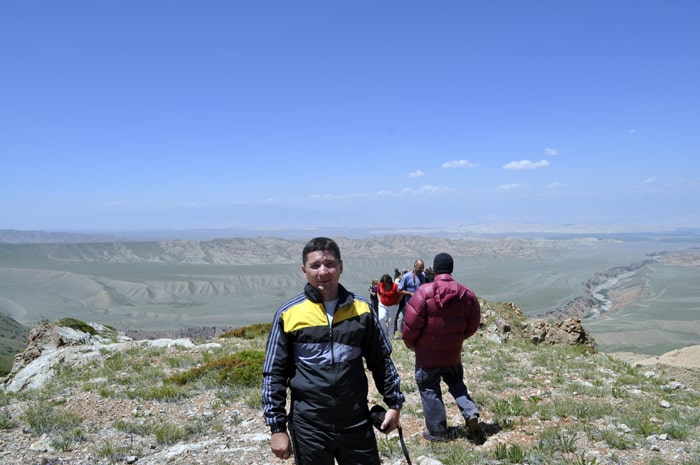 Now everyone can rent a car and travel to the roots of the mountain of Kygryzstan and investigate it being the member of a tour. Turning to history, in 1931 there happened the first successful climbing, by the Ukraine team. This mountain was considered to be impossible to climb by ordinary citizens in the Soviet Union. It was impossible sometimes to get even special allowance. Researches consider these prohibitions were due to many not known territories. Today there are a lot of tour routes along the mountain so everyone can see its beauty. Near it there is a valley with rivers and gorges as well as Enilchek Glacier and Merzbacher lakes needed to see for inspiration.