Tourists express a desire to go on a tour around Kyrgyzstan with rent the car Bishkek service, traveling around the country to study spiritual culture, for example, rituals. And in order to fulfill such a desire of travelers, our team organizes tours with Kyrgyzstan rent cars service to acquaint tourists with the rituals of the Kyrgyz people. Traditions, customs and rituals all go back to the period of the Turkic tribes. Therefore, the spiritual heritage in the form of rituals among the Kyrgyz people is based on a nomadic way of life.

You probably already know that the tours with cars for rent in Kyrgyzstan is very popular among travelers. And this is great because by taking such the tour, any traveler can learn more about Kyrgyz culture as well as rituals. By the way, our team decided to tell in this article about the most important rituals of the Kyrgyz people. Unfortunately, it is impossible to tell about all the rituals in one article, but we will discuss the rituals concerning childbirth and engagement. Speaking about childbirth, it is necessary to inform travelers that if a child is born, then this is a series of celebration events. The first event is "suiunchu", that is, the message of good news, for that, by the way, the one who reports receives gifts, in most cases a gift as money. "Korunduk" is an event when a baby is first shown either to relatives, friends, etc. and for this, parents receive money. Then "beshik toi" is already an official holiday when the birth of a child is celebrated and many guests are invited. In honor of such a holiday, the Kyrgyz prepare their most delicious traditional dishes and perform rituals of burning juniper. If the child is one year old and the child begins his first steps, then the parents arrange "Tushoo kesuu". Such an event is the cutting of the ropes, this is when, again, many guests with children are invited and the child's legs are tied. Then the children of the guests compete in running and the winner must cut the ropes on the feet of the child. Yes, traveling around the state with rent a car Kyrgyzstan service, tourists during the tour notice such unique rituals that are interesting to study.

Now let's move on to the engagement rituals. It is important to note that in modern days the Kyrgyz emphasize the importance of holding weddings in large restaurants and inviting many guests, despite the large financial losses. If we look at marriage from a traditional point of view, then it used to be "ala kachuu" that is bride stealing. If the bride was stolen according to tradition, then she could not leave the groom's house even if they did not know each other. Fortunately, now this method of marriage is punishable by law. Now, as before, "kyz uzatuu" is carried out, this is seeing off the bride. On this day, all the relatives and friends of the girl come to say goodbye to her. If "nike kyiuu" is committed, then the marriage is considered legal according to Muslim religious laws. Then, after all these rituals have been performed, the wedding itself is settled. 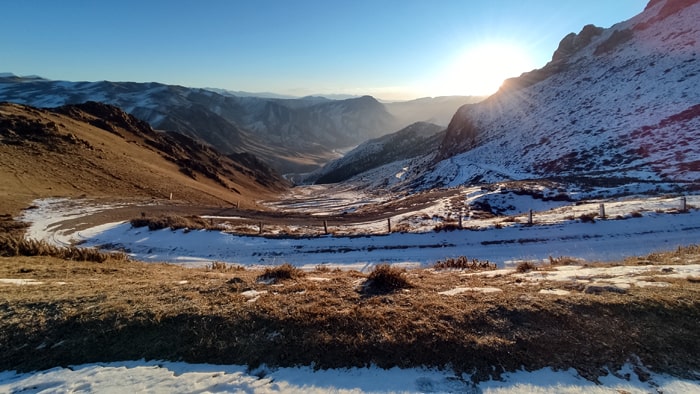